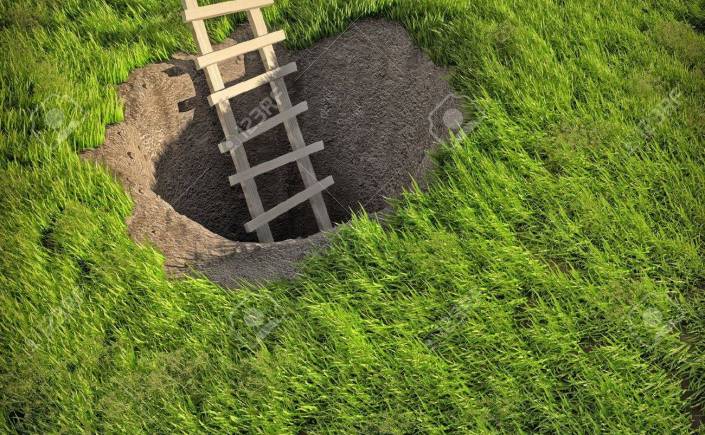 Recent data from the National Student Clearing House Resource Center confirms that the trend of declining college enrollment in the U.S. has now entered its eighth year and the rates of decline are getting steeper. Although the declines are more pronounced in the Midwest and Northeast, student populations have declined in 34 states and that will spread further as high school graduation rates continue to decline as well. And we’re not talking about small declines. While the reduction in enrollments nationally has been about 2% annually over the last several years, in many institutions, enrollments are 20% to 30% lower than they were even ten years ago. We are almost certainly on the cusp of a major shake out in American higher education.

Even before the “Great Recession,” birth rates in the U.S. were declining, but during the recession, birth rates declined substantially. The additional GR impact will first affect the most traditional colleges in the early to mid 2020s, then hit community colleges hard a few years later—this is because of the slightly older average age of community college students.

On top of declining birth rates, the economy has steadily improved resulting in low unemployment and job opportunities for students who otherwise might be attending college.

Third, and maybe more importantly, people who would be college students of all kinds have broadly decided that they are unwilling to continue incurring unsustainable debt to pay continually increasing tuition costs. They simply don’t believe the return on investment is compelling enough to borrow the cost of attending college.

There is also a structural problem in much of higher education today, which is that only a small number of college degrees are built around specific job skills that make a graduate immediately employable upon graduation. A few examples are teacher education, computer programming, and nursing. But even degrees such as engineering are typically so theoretical in nature that many graduates are not able to bring value to employers until after a year or more of on-the-job training. It is true that broadly speaking, across the entire population, having a college degree still pays off over time. However, for a substantial number of people, the investment of time and money (often via debt) does not pay off—and in some cases—going to college makes people worse off financially. However, because almost all jobs that provide a living, “middle class” wage, do and will require some form of post-secondary education, most people will have to pursue education after high school–and then repeat the process multiple times over a working lifetime. But for more and more people, that won’t be in a traditional college or university.

So, what does this trend in declining enrollment mean for higher education as an “industry?” And what does it mean for society?

First, there are clearly winners and losers. Large state flagship universities and elite privates are generally doing quite well in the sense that they are still receiving more applications than they have seats. In the elite private IHEs, this can be extreme, with acceptance rates lower than 10% for incoming freshmen. “Second tier” public institutions (the ones that typically have a cardinal direction in the their name such as “Southern State University,” are experiencing significant declines and are at real risk as are small, un-endowed and less selective private institutions. Community Colleges are suffering from lower enrollments too, but they tend to be more nimble and less burdened by the massive overhead of four year state colleges, so some will recalibrate and ensure a place for themselves in the higher education ecosystem.

In effect, we are seeing the gentrification of higher education with the bulk of institutions being relegated to second and third class status, struggling to operate with declining revenues, deteriorating infrastructure and non-viable financial models. And the gap between haves and have-nots at the institutional level is growing. Harvard recently concluded a fund raising campaign that netted over 9 billion dollars, pushing their endowment to 40 billion dollars. In fact, the top 25 wealthiest universities in the U.S. own over 50% of all the wealth held by the thousands of other colleges in the country combined. As with extreme distributions of wealth in society, there are profound implications for higher education as well–particularly for institutions that tend to serve more socio-economically challenged students–because those institutions also tend to be less well off financially as well.

As with any market in which supply outstrips demand, let alone a market in which sales (tuition) cannot cover the cost of operations, there will inevitably be contraction, and potentially severe contraction. In a previous article, I mentioned three critical factors contributing to a tipping point in higher education that would dramatically change the landscape as we know it. Declining enrollment will exacerbate and accelerate some of those trends. However, as also noted in that article, there is actually a bright future for post-secondary education. It will just look a lot different than the system that we’ve had for more than a century.

The part of higher education that we call “traditional,” i.e., 18-24 year old students pursuing bachelor’s degrees on campus, will continue to shrink. Small liberal arts colleges and some mid-tier publics will close. Public systems will merge and end up with fewer campuses. All of this is already happening, by the way. It will just happen faster over the next couple of decades. There will be another round of for-profit closures, but that sector of higher education is getting near the bottom, already having experienced a profound contraction.

For the foreseeable future, elite privates and most large public flagship universities will do well. There are a variety of financial, structural, social, and political reasons for this, but Stanford and the University of Michigan will be around longer than anyone reading this article!

Any institutions that provide credentials or programs (degree or non-degree) that lead directly to good employment with limited student debt have a bright future. Such institutions will come in different forms, with different tax statuses (for-profit and not-for-profit), and with different funding mechanisms—some will depend on Title IV Federal aid and some will not. Relatedly, institutions that provide a pathway to professional licensure required for employment will also have a more stable future—at least for a while. Good examples are vocational colleges that provide credentials for trades requiring licensure and just about anything in the health sciences that leads to careers as clinical practitioners. There will also be opportunities for niche operators who deliver “passion” programs, but to survive and thrive, they will have to graduate students with manageable levels of debt.

As noted in this previous article, the reason that the American Higher Education System has been able to continue in a form that has fought off most innovation for over a century is because it is protected by two monopolies—Federal financial aid and accreditation—but even those monopolies are weakening under current market forces.

The stark reality is that most of the institutions of higher education operating in the U.S. today will have to compete for a decreasing number of students, and barring unforeseen demographic changes, lower enrollments will become a structural part of traditional higher education. Some of the decline can be backfilled by even more “non-traditional” adult students, who already make up the vast majority of all college students. There is also an opportunity for institutions that can effectively reach out to the many millions of Americans who have some college credits, but no credential. The basic pipeline, however—high school graduates—will be in decline at least until 2030* or later, which means that a major correction of supply and demand is still in the offing. And this correction is likely to be gut wrenching for an unfortunately large number of institutions. On the positive side, students are likely to find more flexible and less expensive choices as innovation finds its way into certain parts of post-secondary education.

*If current political trends against immigration and international students continue, the declines could be even worse. 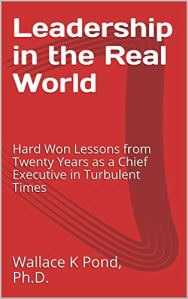